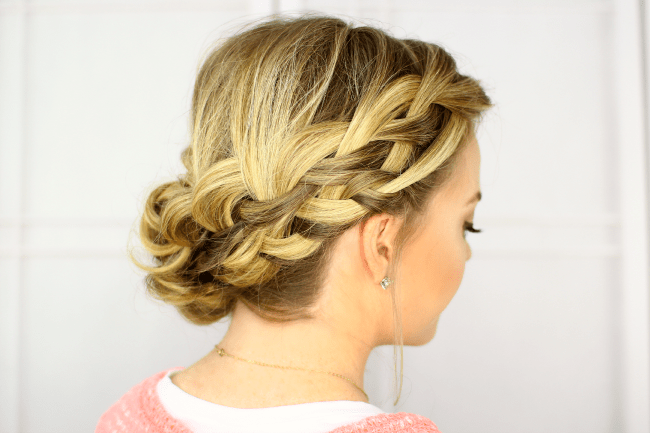 Waterfall French Braid Updo features a waterfall and french braid on the right side, a fishtail french braid on the left, all wrapped together into a chic low bun. I am always feeling inspired by so many new hairstyles and love playing around with different ideas. This hairstyle was exactly that but I love the result and think it would look perfect for a dance, special occasion, or really just to wear to the office if you’re feeling up to it.

Combining waterfall braids and french braids is definitely my new favorite passion, probably obvious from this tutorial, this one, and even this one too! Follow along below and recreate this look at home!