If you’re thinking you’ve seen this hairstyle before you are probably right. I have a tutorial for a similar version here but am always trying to figure out ways to make hairstyles a little easier to master. I took a few techniques from different hairstyles, this one and this one in particular for this new tutorial.

I think this is one of the coolest ways to dress up a messy bun or top knot. Once you get down the technique, I have no doubt people will be throwing all kinds of compliments your way. Let me know if you do try this out. I always, always love hearing when one of my hair tutorials is useful to you! 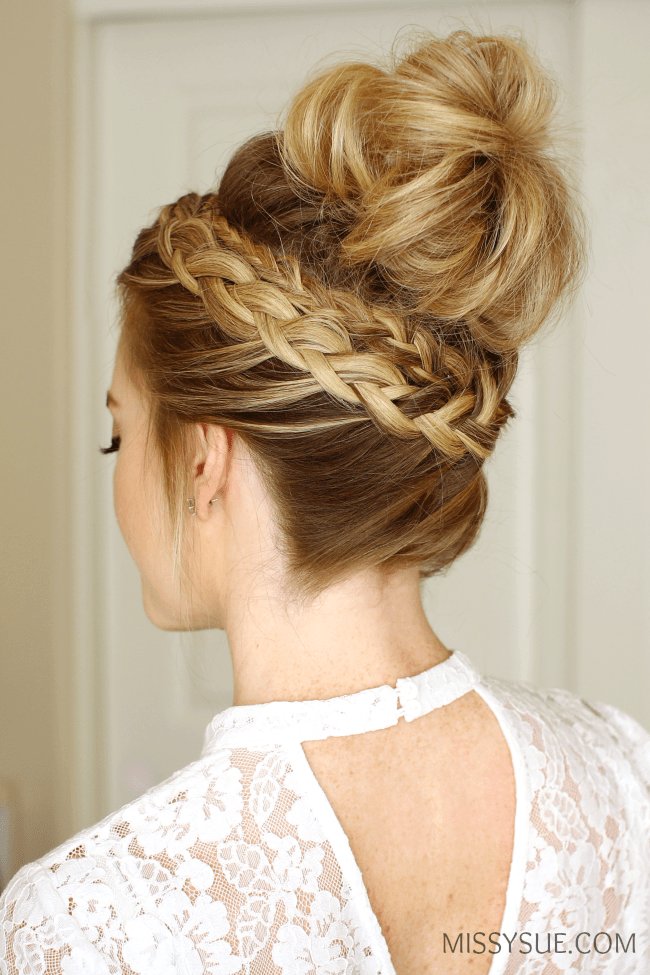