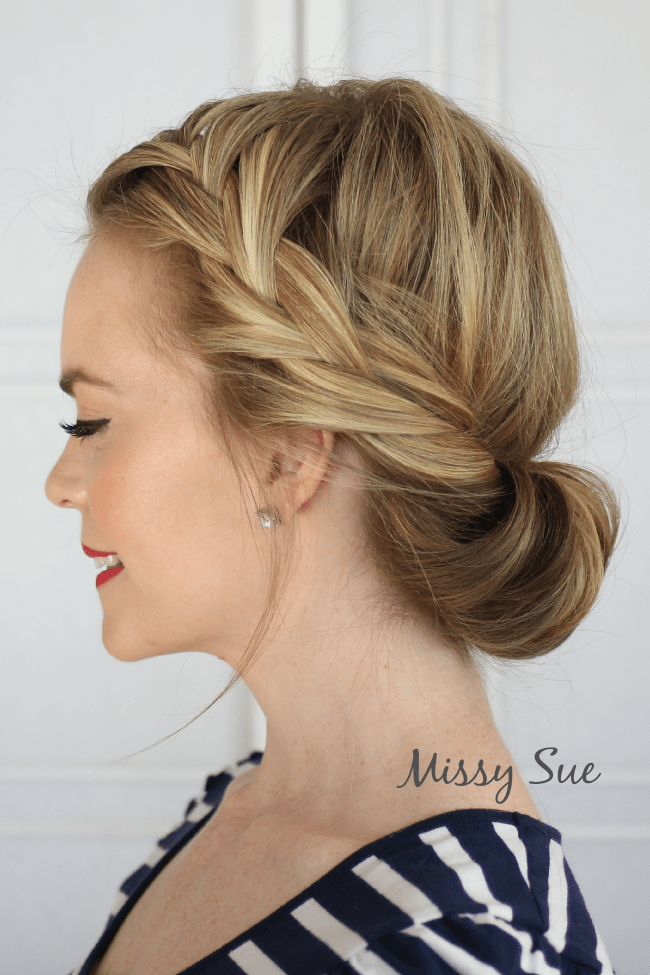 The Original Tuck and Cover (President and Team Captain),

The Tuck and Cover Half (Secretary),

Do not fret my friends; there will be more.

“Who’s going to be the Mascot?”

You will simply have to stayed tuned to find out.

And I still have to figure out some new Tuck and Cover’s, yikes!

Till then my awesome and amazing friends!

Let me run down the steps for you, (video tutorial, anyone?) Maybe later.

1 / Take that headband, yep, that one from the original Tuck and Cover, that’s right it’s still hanging around. Slide it on that ‘noggin.

3 / Braid a french braid over the top of the headband, down towards the left ear. (Does this need a video? Let’s see some hands.)

5 / Repeat step four with a section of hair right behind the first one.

6 / Now, repeat steps four and five with the right side of the head.

7 / Next, roll the rest of the hair and tuck it into the band. (Reeeeeeally tuck it in if it won’t stay)

Check out the other versions of this hairstyle.

Tuck and Cover Half 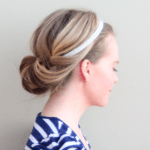 Tuck and Cover Half