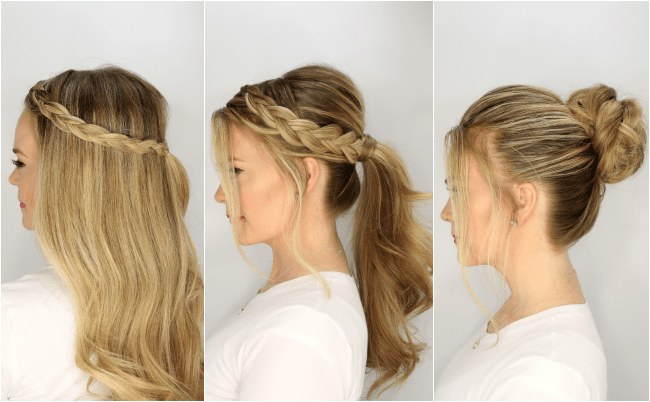 Summer is right around the corner so that means some new hairstyle inspiration was in order. I love Summer because it means trips to the lake, camping, boating, barbecues, roasting marshmallows, sugar and spice and everything nice. Summer is the best time to whip out your best braids and live a little more carefree. I plan on doing another heat-free summer this year where I pack away the curling iron and straightener and embrace my natural texture. I won’t lie, it’s super hard to do but I have a feeling it’ll be a little easier than last year. But enough of that, on to the tutorial!

Half Up Dutch Braids

0
3 Comments
Previous About My Hair: Color, Cut, & Extensions
Next Fishtail Twisted Side Braid

Sister braids 🍃 Which style would you wear? Lef

Half Up French Braid ✨ Tag a friend 👭 that’

Mohawk Buns with a scarf 💙 Click the link in my

Click the link in my profile to learn 3 NEW messy

Topsy Braid 💘 Click the link in my bio for more