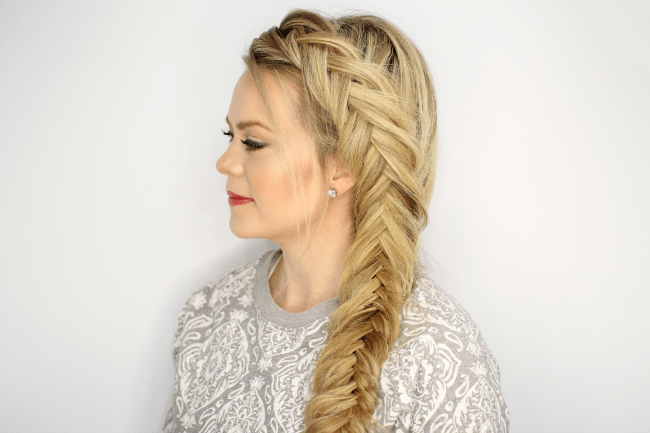 Ah yes, the Dutch Fishtail French Braid. I feel like this tutorial is long over due; like months overdue. It always takes me longer to create the basics behind an intricate hairstyle. Whenever I see a cool concept I immediately try to take it one step further to make it a little more original. This hairstyle is a perfect example because it’s the exact same concept except the braid begins behind the head. The Waterfall and Inverted Fishtail Braid is another great example because it’s the same concept but also incorporates a waterfall braid to take it that one step further. Needless to say I hope this “basic” tutorial for a dutch fishtail french braid is super helpful and teaches you how to create another cool version of the ever chic fishtail braid! 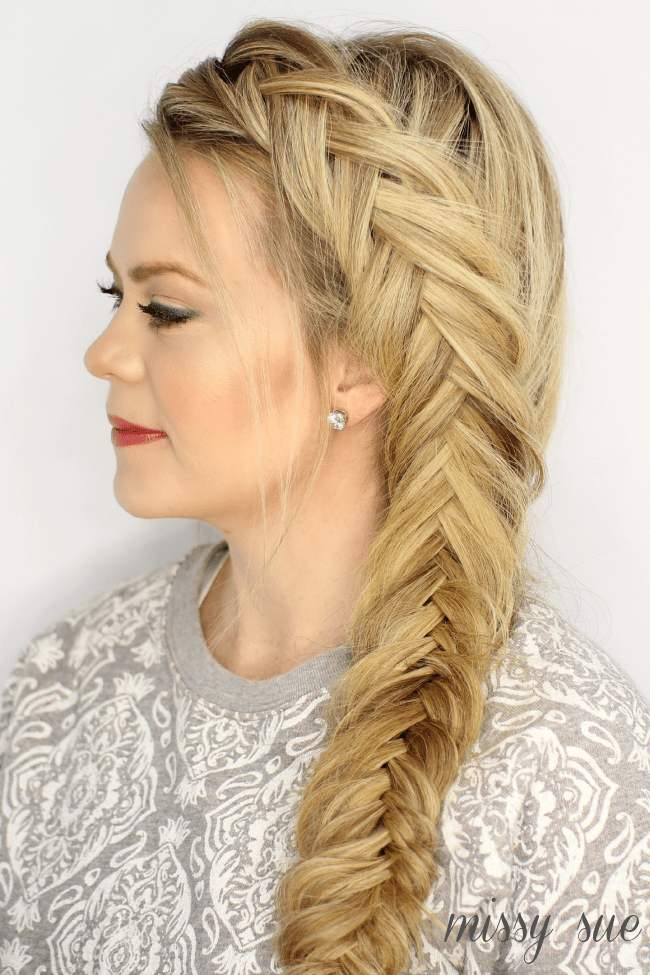