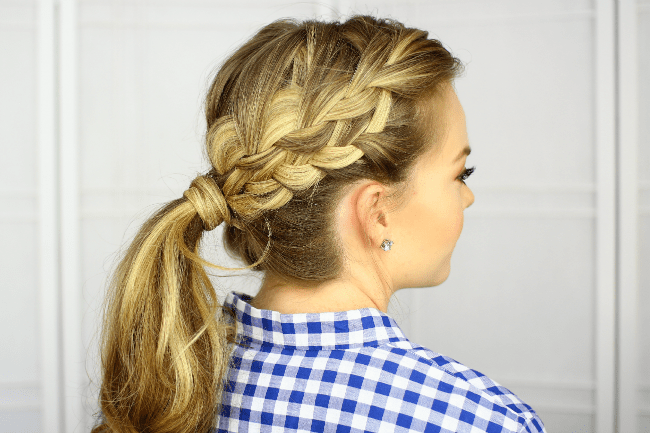 This hairstyle is perfect if you love a peppy ponytail but want to try something a little new. The braids on both sides are actually a waterfall braid and french braid which makes creating them an absolute breeze if you already love doing those. It’s actually the same technique as seen in this recent tutorial. Braiding them really closely together and then strategically pulling out the edges creates an intricate woven effect that makes the braids look more difficult than they actually are.

For a similar style be sure and check out the Double Woven Headband Headband Braid, which is a waterfall dutch braid and dutch braid combination.

To see more ponytail hairstyles be sure and visit my Ponytails page under the Hair Menu at the top of the page.