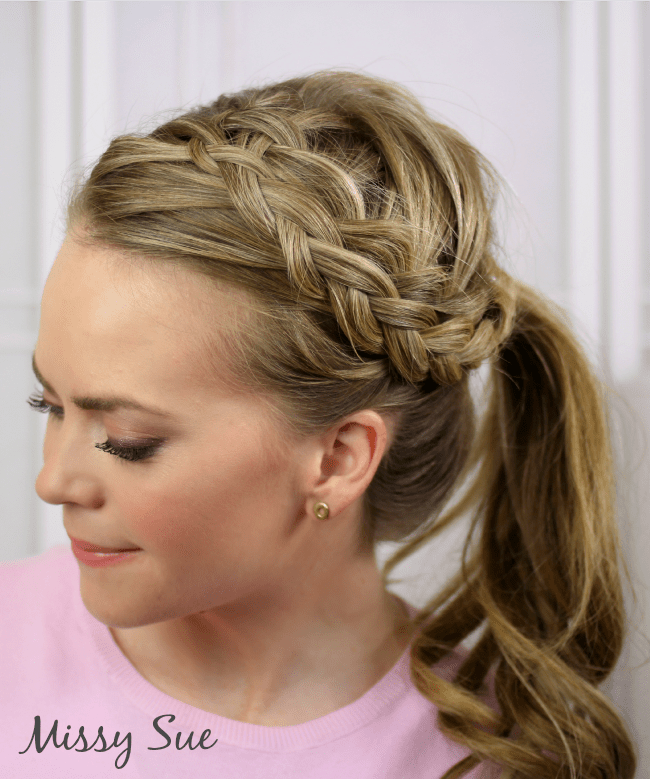 Braid 19-Double Woven Headband Braid is actually two Dutch Braids and the first is a Waterfall Braid. Whoa, what?!

Yessum, and there is a video for this so go watch that because you will not believe how easy it actually is.

Many of you comment that you love styles like this but couldn’t ever do them. It makes me think maybe I should show more everyday styles.

What do you think? Would you rather see more basic styles for any day of the week?

Let me know because I love featuring styles that you love! 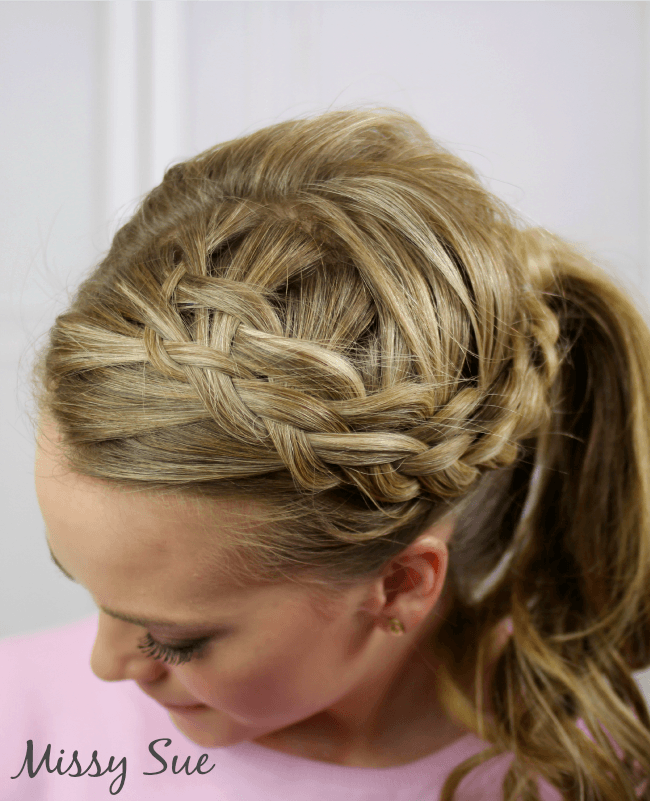 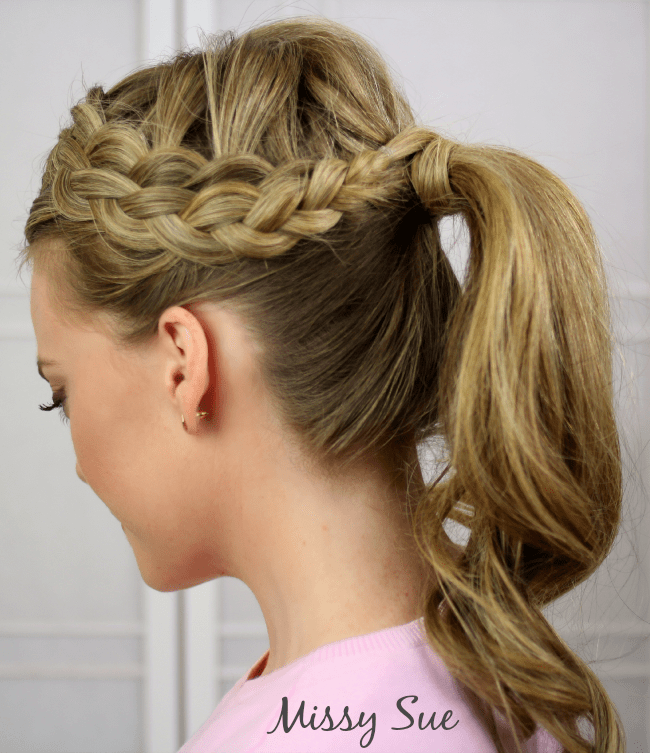 Follow these steps to get this double dutch waterfall headband style braid!

Step 1 / Beginning with a part on the right side, separate out a section hair at the front; from the part down to the left ear.

Step 2 / Tie off this front section to work with later.

Step 3 / Next, take a piece of hair right behind the section we tied off, near the part, and separate it into three sections for the first braid.

Step 4 / Begin a dutch braid by wrapping the back strand under the middle.

Step 5 / Now wrap the front strand under the middle strand.

Step 6 / Next, wrap the back strand under the middle again and bring in hair.

Step 7 / Then, take the front strand, that would normally go under the middle next, and pull it to the other side of the head and clip it out of the way.

Step 8 / Now take a section of hair directly behind that strand and wrap it under the middle strand in its place.

Step 10 / Braid the hair into a regular braid and tie it off with an elastic band.

Step 11 / Next, release the clip holding the strands we separated out as the waterfall portion.

Step 12 / Take a piece of hair at the top of the had near the crown and divide it into two sections.

Step 13 / Grab the first waterfall strand and include that so you should now have your three strands for the next braid.

Step 14 / Braid the hair downwards into a dutch braid pulling in the strands from the waterfall portion on the back side.

Step 15 / When you reach the ear, finish in a regular braid and tie off with an elastic band.

Step 16 / Now pull all the hair up into a ponytail.

Step 17 / Gently loosen the top strands from the first braid.

Step 18 / Now carefully loosen the side strands from the front braid so the woven aspect can be seen more clearly.

Step 19 / Grab a curling iron and curl the ends of the ponytail.

Step 20 / Finish by smoothing down any flyaways with hairspray.

And that is my first ever written tutorial with 20 steps, my friends!

Twisted Pony 🍋🍃 My dress is an Amazon find +

New new ✨ Click the link in my profile to learn

My heart’s in the desert 🏜🧡 • Hair tutor