If you’re looking for that perfect, head-turning hairstyle, then this is the braid for you! This is definitely not your everyday braid but I couldn’t resist sharing it because these types of styles remind me of how much I love doing hair.

It definitely takes a lot of practice and patience to master a complicated style like this one. Hopefully you find this tutorial easy to follow however and learn something new. Whether you give it a try or not, I hope you enjoy it. On another note, thank you so much for watching and supporting me throughout the years. I couldn’t do it without you so from the bottom of my heart, thank you very, very much. xo, Missy 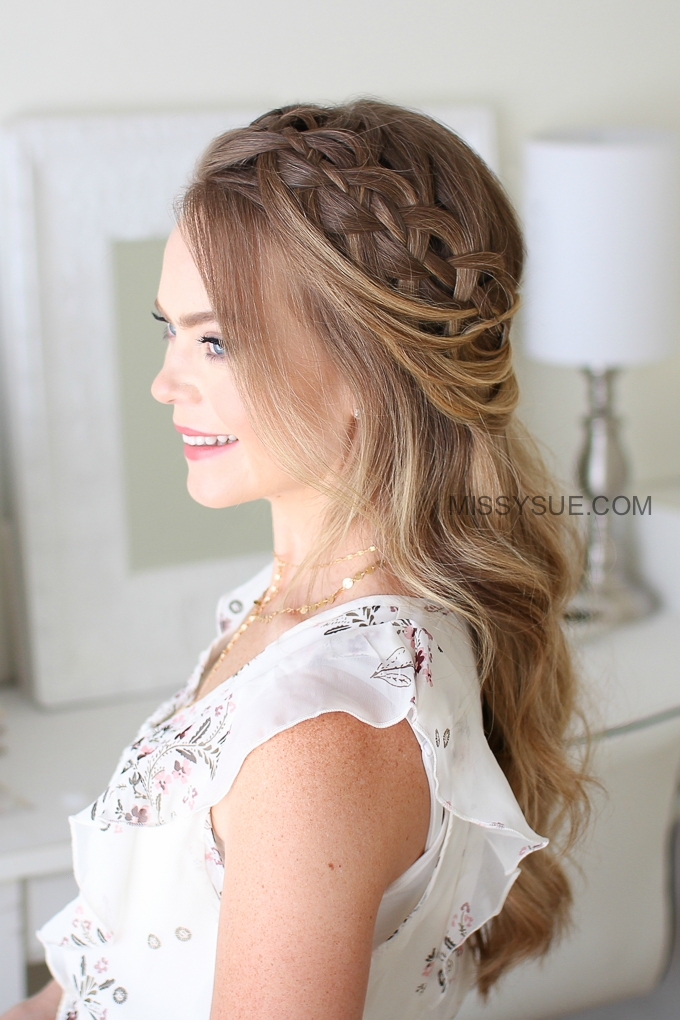 Four Strand Looped Braid Instructions:
To prep my hair for this hairstyle I curled small sections away from my face using a 1 1/4″ curling iron.