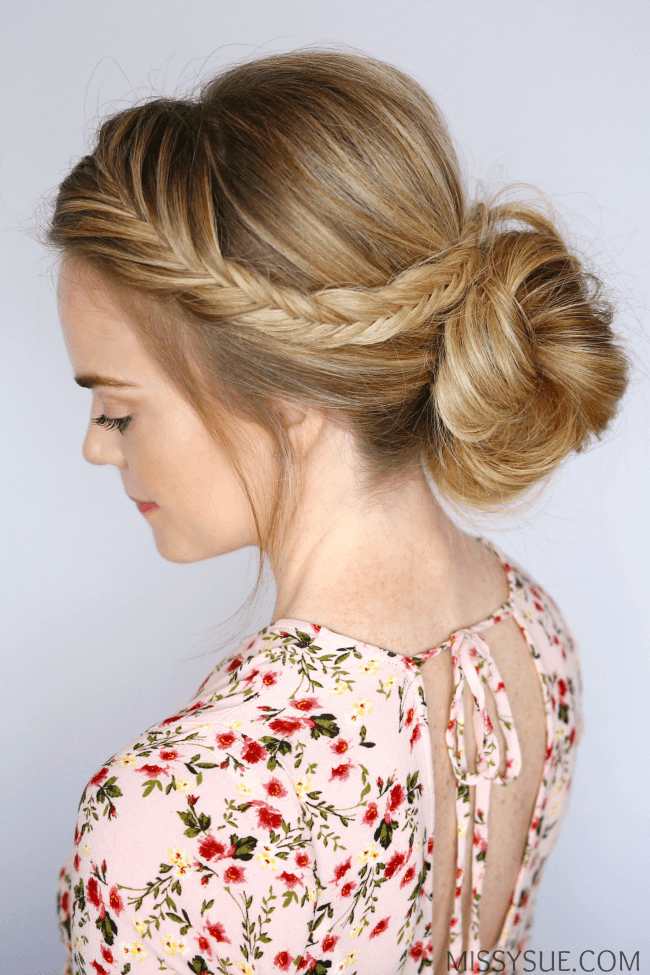 Tossing my hair into a low bun or ponytail every day is always so tempting. If you’re the same way then this tutorial is for you! Adding in a braid whether it’s a dutch braid, french braid or fishtail braid will instantly dress up an otherwise boring style. This fishtail french braid is both simple and quick once you get the hang of it and I think it will soon become one of your new favorite looks. Let’s get to it!