Spring is here and I am so excited to be featuring three new hairstyles that go right along with the season! I recently posted this pic on instagram and got a resounding yes for a tutorial. I wanted to feature it with two other hairstyles so that you would have a couple more options for wearing any day of the week. I would love it if you’d leave me a comment letting me know which of the three is your favorite and I’ve got some great prom tutorials coming up so stay tuned! 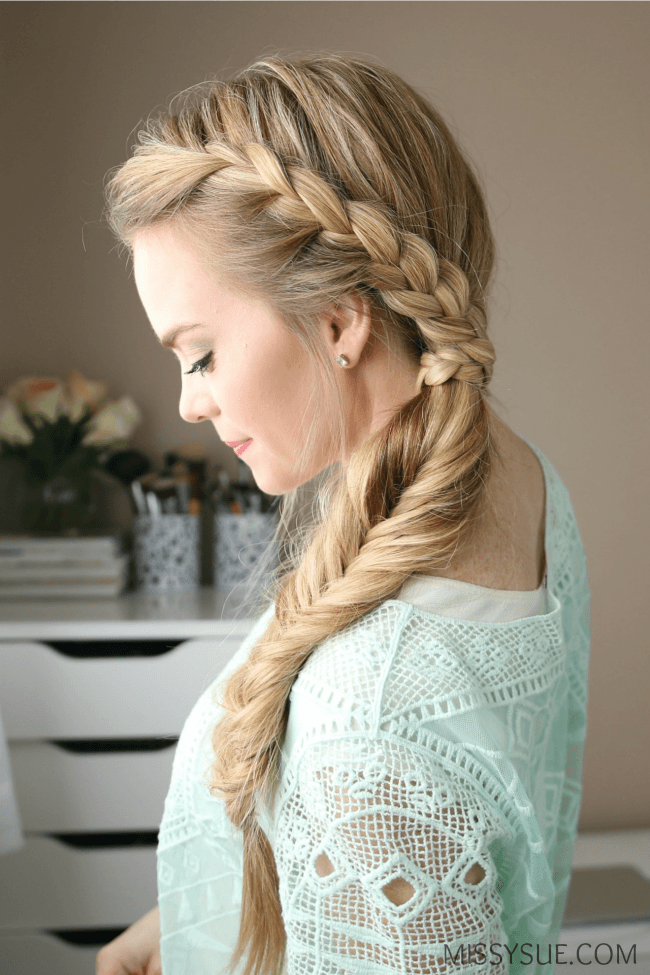 Half Up Fishtail French Braid Instructions: