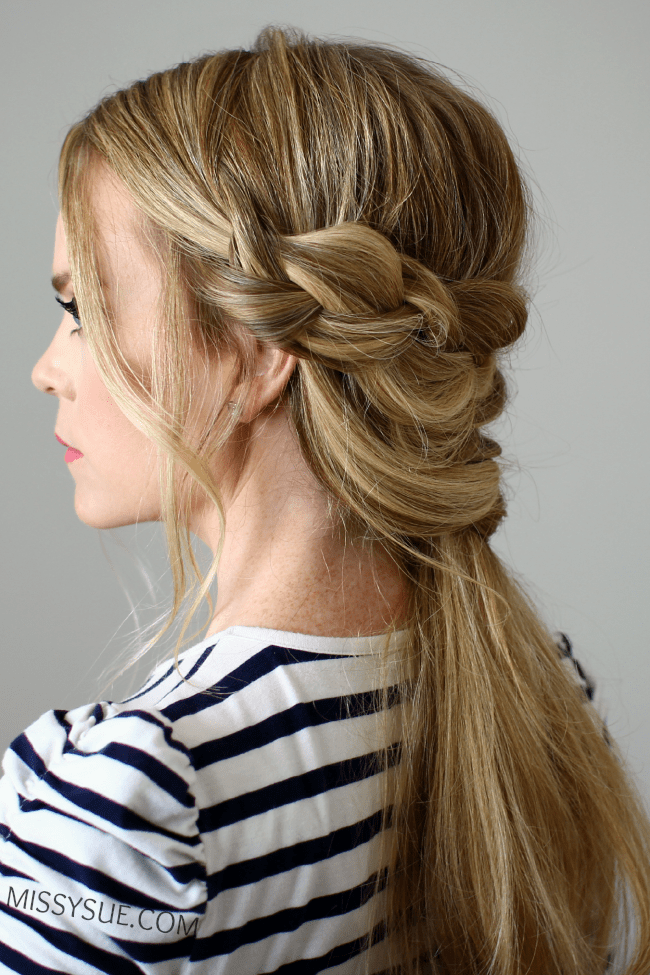 When the weather is hot outside, there’s nothing better than tying those tresses into a ponytail. It gets it up off the neck and out of the way.

Love this style? Try the Braid Twisted Ponytail next!
This tutorial will teach you a pretty new way to dress up that boring ponytail. Like many hairstyles, this looks trickier than it actually is. There is no intricate braiding involved and once you see how it’s broken down into steps I know you will love how easy it is to recreate.

French Braid Pony 💫 Do you add braids to your p

Who remembers this one? ✨ Linked in bio • #mis

Have you seen my recent tutorial, 12 Hairstyles us