Braid 12-French Braid and Four Strand Side Braid is a spin-off of the Front French Braid that I feel like was done ages ago.

This style features a french braid that is a little off-center, similar to the Mohawk Dutch Braid, but finishes in a four-strand braid with a single braid going down the center. It may look tricky but placing a braid right down the center is quite simple. Simply braid one of the four strands into a single braid and voila! you have got a chic four-strand braid unlike any other. 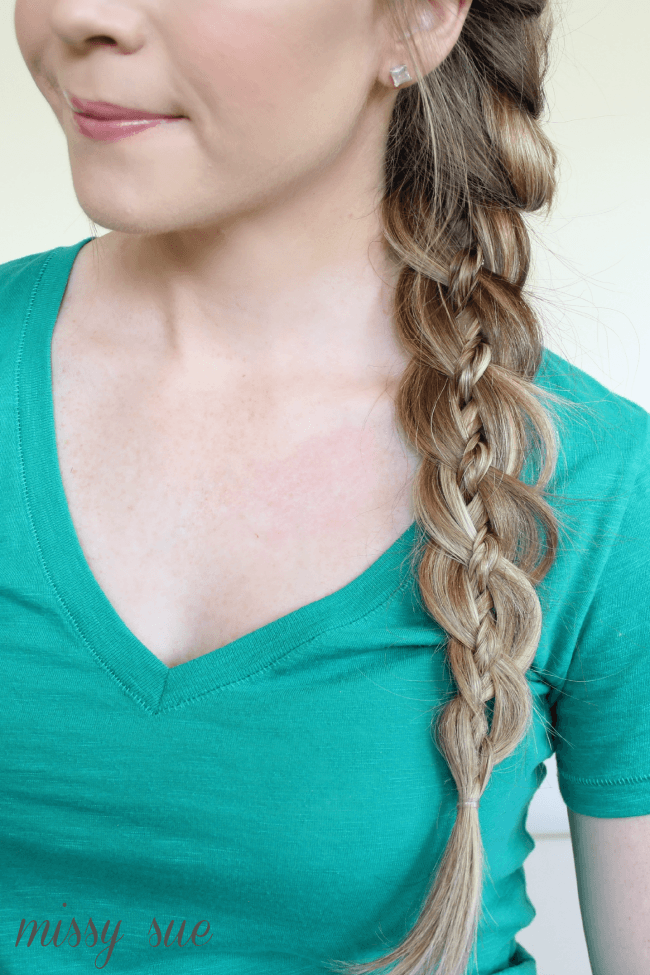