Half Up Pull Through Braid 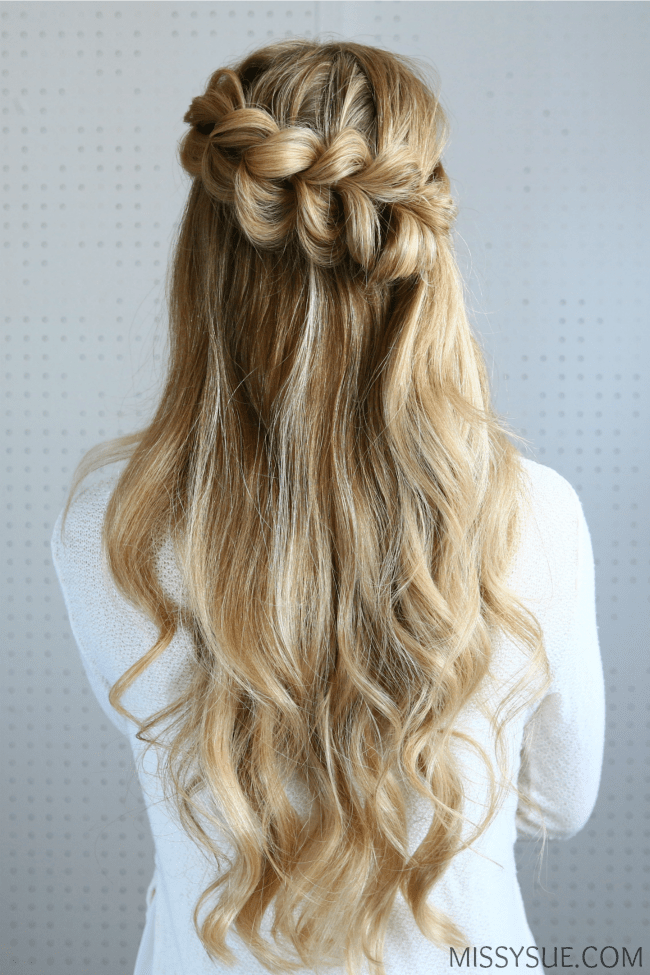 Great new! The hottest braid right now isn’t even a braid at all! It doesn’t get much easier than that! This pull-through braid is so easy because it’s really just a bunch of ponytails wrapped around the next and tied together. It looks like a braid but is a thousand times easier to do. It may seem complicated at first but once you remember the first one is split with the second brought through the middle then you’ll have this technique down in a snap so let’s get to it!

Half Up Pull Through Braid Supplies:

Half Up Pull Through Braid Instructions:

Prep: Brush through the hair to remove any tangles. Next curl the hair in small sections with a 1″ curling iron, alternating the curls away and towards the face. Then part the hair on the right side.