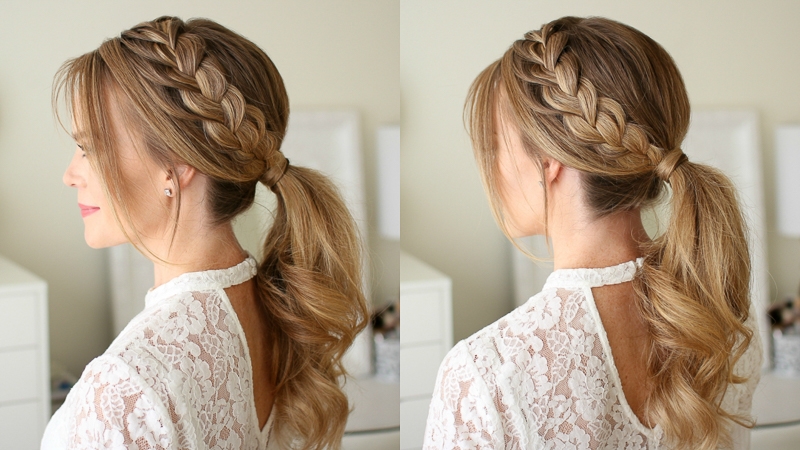 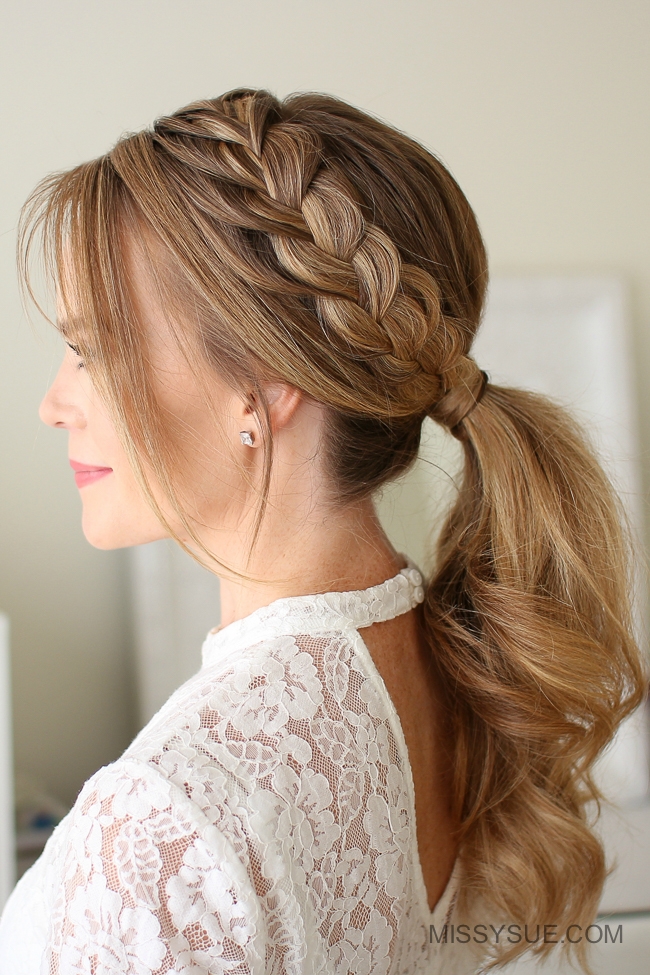 I have been on such a ponytail kick lately and just can’t get enough of them. I wore this lace braid ponytail recently and posted a picture on the gram. Many of you had asked for a tutorial so I thought it’d be fun to share it as today’s tutorial. Adding a simple, lace braid is such a great way to take your basic pony to the next level so I really hope you enjoy it!